HomeNewsKronospan Fibreboard Plant was Launched in the Kaluga...

Kronospan Fibreboard Plant was Launched in the Kaluga SEZ 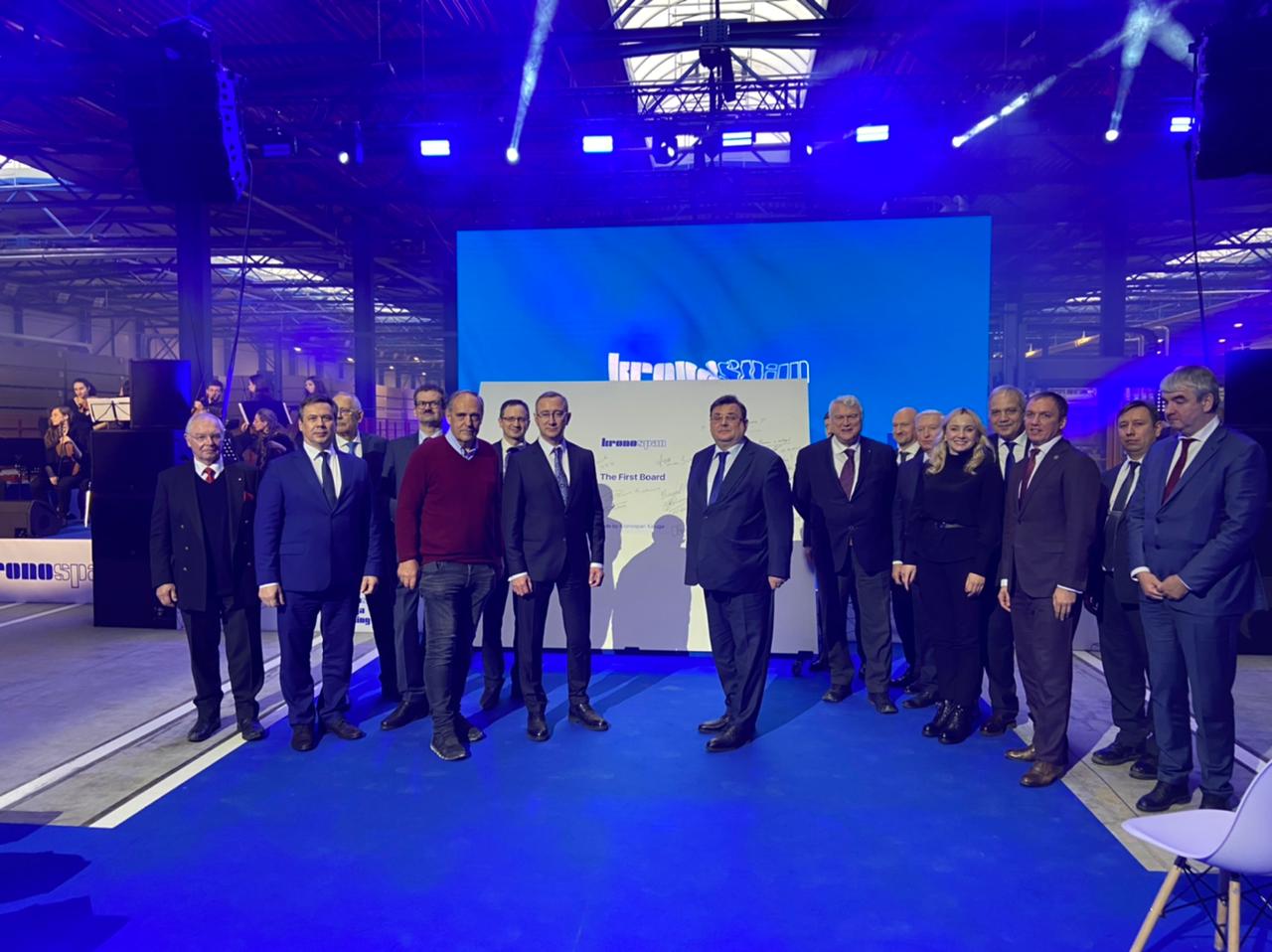 The Kronospan Kaluga MDF/HDF Board Plant was opened at the Lyudinovo site of the Kaluga Special Economic Zone. The launching ceremony was attended by Konstantin Chuychenko, Minister of Justice of the Russian Federation, Margarete Schramböck (VKS), Minister of Digitalization and Economy of the Austrian Republic, Werner Almhofer, Ambassador of the Austrian Republic to the Russian Federation, Vladislav Shapsha, Governor of the Kaluga Region, Vladimir Popov, Deputy Governor of the Kaluga Region, and Peter Kaindl, Director of Kronospan Holdings East Limited.

Kronospan Kaluga (a subsidiary of Kronospan Holdings East Limited) claims the status of one of the largest wood processing plants. The company specializes in producing medium density (MDF) and high (HDF) density fibreboards. The products will be required in the production of quality furniture and in the implementation of interior design projects. The production capacity of the Kronospan Kaluga Plant with more than 15 billion rubles invested will be about 500 thousand cubic meters per year.

On the opening day held on the southern site of the Kaluga SEZ, a new non-public railway line was launched to meet the needs of the residents. The project was implemented under the concession agreement concluded by and between Russian Railways OJSC and the Government of the Kaluga Region. The guests of the ceremony observed the arrival of the first cargo train of Kronospan Kaluga LLC.

Werner Almhofer: “A quality industrial infrastructure has been created in the Kaluga Region with the regional team fully involved in the implementation of projects. This is our reliable partner.”